If You Get Pulled Over Without Insurance, What Happens? 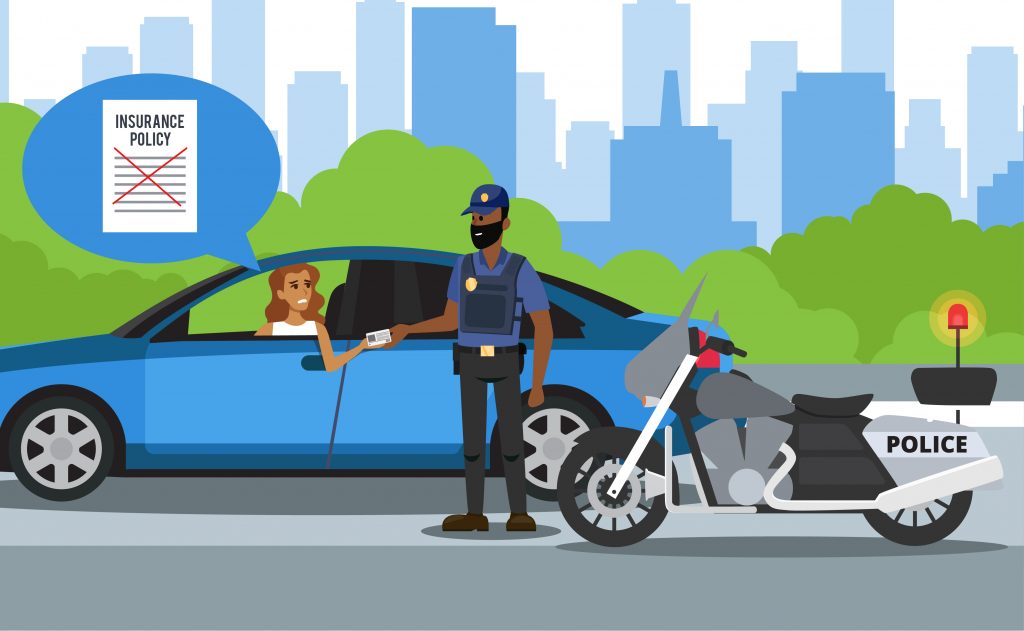 When the police pull a driver over, they always ask for three things: license, registration, and insurance. If the driver doesn’t have insurance to offer, it is unlikely the police will simply let them off with a warning. Excepting New Hampshire, car insurance is legally required in every state. So, what happens if you get pulled over without insurance? Let’s take a look.

Consequences When You Get Pulled Over Without Insurance

In another article, we analyze how much one would save without insurance over a three year period. In that time, an average driver saved an average of $2,825 on insurance. Plus extra for foregone registration fees and emissions tests. Let’s call it an average of $3,000 in savings. That’s the benefit.

The sum cost of a pullover over with no insurance is fourfold:

Add up estimates for each of those downsides to find the personal cost of foregoing insurance. For most, the cost of possible jail time alone outweighs the benefit of saving $3,000 over three years. With the fees and stress on top of that, it’s unlikely any driver will come out ahead without insurance. Fortunately, there are many ways to make insurance more affordable or take advantage of alternative options.

Resolution of the case when pulled over without insurance

The case against the driver without insurance will vary depending on state and local traffic laws. States generally treat these cases in one of two ways. Some states have an intent requirement. These states must prove the offense was committed on purpose. Thus if a driver was unaware they lacked insurance, it may be possible to reduce or dismiss the charge.

In other states, intent does not matter. Lacking insurance will be penalized even if the driver has a good reason for not having it.

A few states have what’s known as an affirmative defense. Instead of denying the charge, a driver instead argues that circumstances justified the lack of insurance. For example, Texas has an exemption for cars held by someone for repairs. Let’s say Sally gives Susan her car for repairs. If Susan gets pulled over, she can make an affirmative defense and likely have the charge dismissed.

Some states also have exceptions for vintage cars that are not often used.

How to Dismiss or Reduce Charges for Lacking Insurance

While not always feasible, there are potential paths toward reducing or dismissing charges. The best option in all cases is to get insurance as soon as possible after getting pulled over. Some states have provisions that reduce or dismiss the citation if insurance is acquired soon after the incident. Even in states without such legal provisions, local municipalities may have adopted this policy in practice. In cases where no reduction in the fine is possible, it is still worth doing to save on potential insurance price increases.

Another way to reduce the penalty is if the driver had insurance but did not have it with them in the car. In this case, many states and municipalities will generally dismiss or reduce the charges.

How to Drive Without Insurance

First off, we absolutely do not recommend driving a car with no insurance. It is illegal everywhere except New Hampshire. That said, emergencies happen, and there are ways to reduce the odds of being pulled over without insurance. Keep in mind, though, that in a number of states the cops can tell if a driver has insurance simply by automatically running their plates. For more on this, see here.