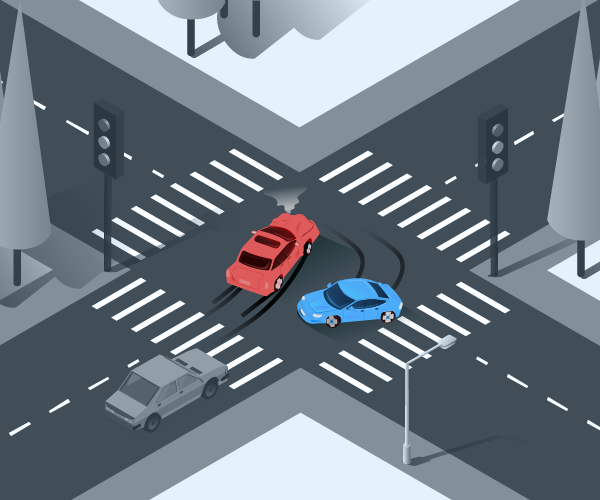 A car accident can be terrifying. Adrenaline kicks in, time slows down, and you may feel your body trembling. It can also be a mundane fender-bender, where it’s more of an inconvenience than anything else. Knowing what to do afterward cannot only provide peace of mind and lower financial burdens but can also save lives.

Check self and others in the car for injuries

As with when the oxygen masks fall in an airplane, check yourself for injuries before seeing if other passengers (if any) are alright. While you think you may not have any injury, the effects of shock may be concealing something serious, so be sure to double-check. If anyone has injuries, don’t hesitate to call to bystanders for help, and contact 911 immediately.

Move the vehicle to a safe area (if possible)

If the vehicle is drivable, try to move it out of the way of traffic and onto the shoulder or a nearby side street. If there appears to be a fire in the car, get out and away from the vehicle (helping others as needed) as fast as possible. While the vehicle is unlikely to explode, it’s a dangerous possibility avoided easily. The estimated blast radius depends on the quantity of gas in the tank. Even in a worst-case scenario, a 1500 foot distance from the car should be safe enough.

Check on others involved

Next, you’ll want to get out of the car if you haven’t already, and check on any bystanders or passengers of any other vehicles involved in the accident. Once again, if there are any serious injuries, contact 911 right away if someone hasn’t already.

Call the police to the scene

In almost all cases, it’s generally a good idea to call the police after a collision. Doubly so if there is an injury. Even if not, having an officer there will help by their documentation of the scene. They’ll also create a police report (which will likely help for making a claim) and helping gather witness testimony.

Let’s say you’re in an accident that isn’t too severe. A common fender bender. You or the other driver may favor forgoing reporting the incident to the police. That’s an option with limited damages. But many states actually demand that police file a report if damages exceed a certain amount. For example, Massachusetts has a limit of $1,000 for property damage, but Alabama is only $250. At the very least, it’s worth calling 911 for advice from the police dispatcher on your best course of action.

How long do you have to report an accident to the police?

24 hours is the general rule, but it varies by state and it may be possible to file a report up to a year or more later. But even if allowed awhile after the incident, your insurer may have their own window of time after which they won’t accept the report. These limits aren’t public, but your insurance agent should tell you if you ask. There’s a good reason for this. With car accidents, the evidence is gone soon after. Waiting for more than a day or two makes it much harder for the police to create a useful report and follow up on it.

When someone rear-ends or makes a left into another, they’re generally at fault. Other situations where a driver is generally at fault include accidents when a driver changes lanes or if they’re committing any sort of traffic violation (speeding, not following road signs, etc.). But even if this applies to you, do not admit fault at the scene. It does you no good, and can only hurt your case. It’s always possible the other driver was also doing something to make them partially (or more) responsible for the crash. It’s best left to the courts and/or insurance companies to work it out.

The situation is under control, the danger has passed, and the authorities notified. Now is a good time to gather necessary info from other drivers, witnesses, and to document the scene of the crash.

Get names and insurance info of drivers, and/or contact info

Get their insurance information: the company, and policy number. Do not fall for “paying cash.” There’s a decent chance you’ll never see any money. Situations like this are why you and they have insurance, so why put the stress on yourself? Keep in mind:

If you gather their names and insurance info, you shouldn’t need their contact info. If they don’t have insurance, be sure to get contact info. Also, ensure there is a police report made at the scene of the incident.

If there are any bystanders, it is also helpful to get their names and means of contacting them. You may later need their testimony to help make your claim or sue for damages.

In the era of smartphones, there is no reason not to document the incident by taking a bunch of pictures. Having photographic evidence can help your case. Be sure to take images from many angles of both vehicles, any skid marks, and the scene as a whole.

If you don’t have insurance, check out our guide which covers that topic. If you do, it’s time to consider making a claim. Either with your insurance or against another driver’s, depending on the situation and whether you live in a no-fault state or not.

Determine which coverages and deductibles apply

If you live in a no-fault state, you’ll always be making claims on your own policy. The coverage you’ll be claiming under depends on the types of harm. For vehicle damage, it’ll be your collision coverage. For personal injuries, it will be PIP (Personal Injury Protection) coverage. Different states have different rules for what PIP covers. Be sure to understand that part of your policy when signing up.

If you live a fault-based state, whether you claim on yours or another’s policy (or both) depends on two major factors. First, who is at fault, and second, what suffered damage. Let’s say the other driver is at fault and you got injured or your car damaged. You’ll be filing a claim against their insurance policy. More specifically, under their bodily injury or property damage coverage. If they don’t have insurance, you’ll have to sue them in small claims court.

If you’re at fault and suffered injury or your car damage, you’ll be filing against your own policy under the Medpay or Collision coverage.

Do I pay a deductible if I hit a car

You only pay a deductible if the car you hit damages your own car and you have collision coverage. This applies regardless of whether you live in a fault or no-fault state.

Next is time to file the insurance claim. Luckily, making a claim itself is generally an easy process. The quality of care after making a claim is another story though. Call the insurer or try their website, (either your own insurer or the other driver’s depending on the situation). Provide the name and policy number you given by the other driver.

How long do you have to report an accident to insurance?

Most advice out there suggests making a claim as soon as possible. Each insurer has a window of time before they’ll deny a claim. The window depends on each state’s statute of limitations on property damage and personal injury claims. Of note: each type (PD and PI) may have differing time limitations in any given state. What’s interesting is that these windows are often one or more years. Nolo has a table with each state’s details, but it ranges from 2-6 years (except Rhode Island with a whopping 10). Three is the most common.

That said, there is little good reason to wait. If you’re trying to make a claim a significant time after the incident, the insurer will definitely scrutinize it more. If you don’t have a police report, or the other driver is uncooperative, you may have significant trouble fulfilling that claim.

If you are making a claim with your own policy

Unlike with claims on other drivers, the limit on how long you have to file a claim with your own insurer is set by the insurer itself. While some insurers have no limit at all, others limit you to 180 days or 1 year. They may also have a clause that allows them to deny coverage for premium avoidance. (i.e. the insurance price increase you’d have had to pay as a result of the accident). You can find out by checking your insurance policy language or reaching out to customer support.

Let’s say some time has passed since the incident and you’ve changed your policy limits during that time. One example: reducing your deductible for collision coverage. Be up-front about it. Claims representatives are not dummies. You’re not the first to get in an accident, change your deductible so you’ll pay less, and then try to make a claim the next day, or in the following weeks.

Having filed a police report (ideally at the time of the incident or shortly thereafter) will come in handy. It’s a major factor insurers use to determine fault. That is unless you live in a no-fault state, where it only matters if the damages are extensive or otherwise severe.

If you haven’t filed a police report and are making a claim on your collision coverage, you may be okay. Insurers many times do not need police reports for these types of claims.